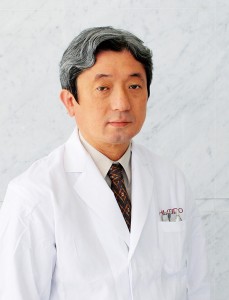 Born in 1960. Chief Researcher at Shiseido Research Center.
His main research themes include the effects of the environment on the skin, and the regenerative mechanisms of skin functions.
Among his books are The Skin is Thinking (Iwanami Shoten) and The Third Brain (Asahi Press).

The Multifarious Functions of the Epidermis

The outermost layer of the skin is the stratum corneum, a horny cell layer that is constantly replaced. It is made of epidermal cells called keratinocytes, and functions as a barrier that is impervious to water. Indeed, the general image of the function of the skin is to keep the bodily fluids from leaking out. However, when we studied these keratinocytes, we noticed that the epidermis seems to feel not only pressure, but light and color, even sound. The nerves come up halfway through the epidermis, but that might not be enough to feel anything. Instead it could be the keratinocytes that first feel and then transmit signals to the nerves.

In the brain there are various receptors to induce excitation and inhibition. Susumu Tonegawa discovered that NMDA receptors in the hippocampus play an important role in memory and learning, but for some reason those are found in the epidermis as well. The brain produces a range of hormones to integrate the body. These hormones are produced by the epidermis too. In other words, the epidermis functions as a receptor and sensor, and at the same time also transmits signals to the whole body. Oxytocin, which affects the higher-order structures and social structure of humans, is also present in the epidermis. Such substances that act on the condition and emotions of the whole body are produced by the skin. There are even devices that in the brain contribute to higher-level learning functions, although we do not yet know what they are doing in the skin. 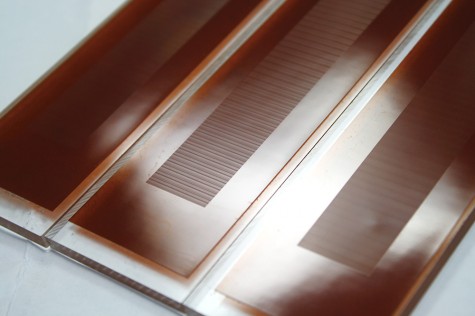 Visual and auditory information is comparatively easy to talk about since it can be verbalized, but tactile and olfactory information is much harder to explain without resorting to metaphors or analogies. At least for the olfactory sense we now have a fair idea how the receptor system works. However, for the cutaneous senses, we are still using 50 year old textbooks and we don’t even know how pressure points or pain points connect to nerve endings.

Furthermore, cutaneous sensations are susceptible to other information, including language. For example, if somebody touches you, your mind reacts completely differently depending on who it was that touched you, even if the friction coefficient, the temperature and the pressure are all exactly the same. On the opposite hand, we are now realizing that cutaneous sensations are utilized by the other senses as well. For instance, there are examples of how the skin is involved in hearing. In the experiment, the subject hears the sounds “b” and “p” while at the same time an acoustic pressure is blown onto the wrist or some other area of the skin. When the sound the subject is made to hear is “b” but the acoustic pressure of “p” is blown onto the wrist, the subject perceives a “p” rather than a “b.”

According to Tsutomu Ohashi (aka Shoji Yamashiro) of the music collective Geinoh Yamashirogumi, the skin feels sounds in the high-frequency range above 20,000 Hz, which the ears can’t hear. Balinese gamelan music puts people in a trance by enveloping them in high-frequency sounds. Apparently this does not happen if the body is covered and you only listen with your ears. If you compare Yamashiro’s soundtrack to the movie AKIRA on CD, where the high-frequency range has been cut, and on Blu-ray, where the high frequencies remain, sounds of explosions on the Blu-ray causes your body to momentarily pull back. The reflex that causes you to pull back when something explodes may be due not just to the sound, but to the skin sensing the air vibrations.

Premonitions of menacing presences and murderous intents might also be caused by high frequencies generated when something comes flying from behind or somebody is waving a sword behind your back, but electromagnetic fields is another strong candidate for such premonitions. Just a slight movement causes a change in the electric field that is noticeable up to two meters ahead, but whether we really have the ability to receive such electric signals is a different story. Premonitions may be related to smells as well. There are fragrances that give rise to alpha waves, and fragrances that on the contrary make you wide awake. Roses make you relax, while jasmine is uplifting. If you sniff substances extracted from them you may not notice them as smells, but they will still affect your emotions. They say that people with certain diseases give of characteristic smells, and it is possible that people with intent to murder produce a particular scent too. Perhaps we might be able to elucidate feelings of premonition to some extent by searching for such invisible, inaudible factors among the olfactory and cutaneous senses. 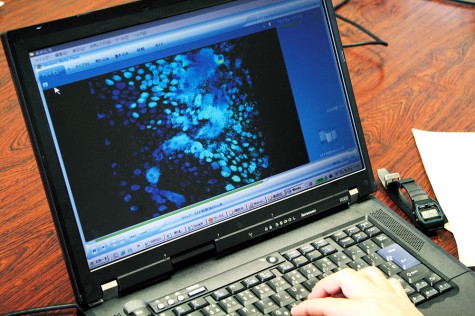 Newborn babies and toddlers have particularly learning skin. In order to grasp the affordance of things, the child will touch them and lick them, and look at them with its eyes to recognizes the shapes of the world. The skin is deeply involved with learning communication and social skills as well. Experiments with animals show that if the skin contact between a baby and its mother is interrupted and the baby is raised only on milk, this later leads to genetic changes in the structure of the brain.

Among the mammals it is only the apes that lack hair on the face. Moreover, the skin on the face is weaker than on the rest of the body and always tends to get rough. It appears to have evolved to become ever more sensitive to cutaneous sensations. Humans have further lost the hair over most of the bodily surface. It is not as if we are wearing clothes all the time either; we can choose our own environment. This increased range of options might also be significant somehow.

That the acupuncture points and meridians of Oriental medicine really do exist has been confirmed by experiments done by Tadashi Yano, the former chairman of the Japan Society of Acupuncture and Moxibustion. Points that affect a certain organ in the same way are aligned along a meridian. Let’s say, for example, that there is a meridian that causes the gallbladder to contract. If you insert acupuncture needles while observing the gallbladder with ultrasound, you find that the input points form a chain. Anatomically, however, there is nothing at all. It seems that the interaction between the skin and the nerves and blood vessels etc. creates an invisible pattern of information flow.

The Boundaries of the Self

The skin is heavily involved with the notion of the self as well. The philosopher Toji Kamata has written about how his self was shifted from his body after standing under a waterfall. Thought is produced not just by the brain, but through interaction with the whole body. What constitutes the self is of course a complicated question, but it goes without saying that the skin plays an extremely important role in your sense of yourself. Although it normally remains below the level of consciousness, under special circumstances unusual information input to the skin causes the self to become displaced. The skin is also immunologically inseparable from the self. It is notoriously the most impossible organ to transplant, as the skin contains a large number of Langerhans cells that make a rigorous immunological distinction between self and others.