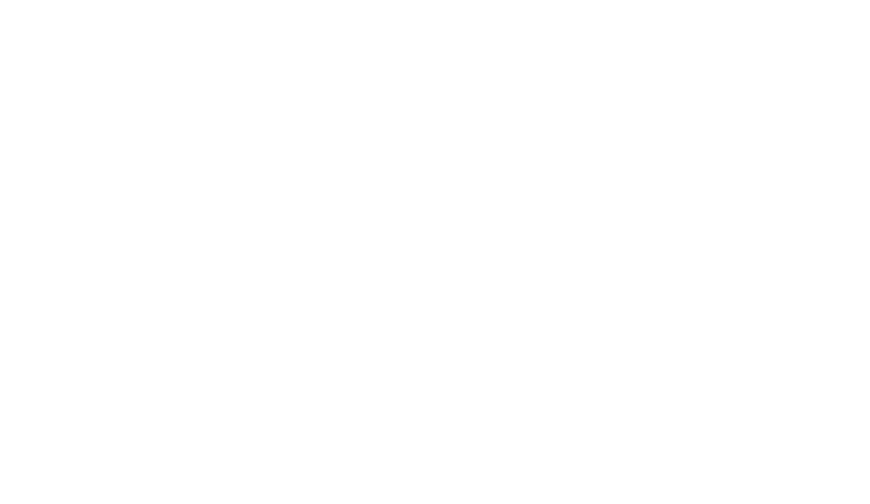 Breathing is not necessarily a function reserved for the respiratory organs. The skin of humans and many other animals breathes. And it’s the same with the senses: the receptors for vision, hearing, smell and taste are concentrated to the head and the brain, but parts all over the body are sensitive to sounds and light and physical stimulation. The sensations of our skin and our internal organs are sometimes counted as an additional sense, but are really too diverse and complex to be simply lumped together. If the skin and the internal organs also perform “information processing” on the stimuli they receive, we may actually have brain-like functions in many places in the body. Perhaps organisms are “thinking” with their whole bodies, too.

◉ Just like taste cannot simply be expressed as a combination of the five basic tastes sweetness, saltiness, sourness, bitterness and umami, our sensations do not all correspond to our five senses of vision, hearing, smell, taste and touch. Without going so far as to posit a sixth sense, physiology recognizes, in varying degrees, senses for warmth, cold, pain, itchiness, ticklishness, motion, pressure, deep pain, vibration, visceral sensations, visceral pain, vomiting, balance, and more. Several of these functions are still not fully elucidated. Then there is the phenomenon called synesthesia, where a certain stimulus evokes response not only from the normal sense but various responses from other senses as well: letters that bring forth colors or sounds, for example, or the taste of shapes. However, people with synesthesia don’t necessarily experience these sensations in the same way. Scriabin and Rimsky-Korsakov were both famous synesthetic composers, but whereas C major was white for Rimsky-Korsakov, it was red for Scriabin.

Infants smell roughly the same smells as adults, but they don’t do it only through the nose. They also hear smells, see smells, and feel them with their skin. The sensory world is a whole union of pungent scents and tingling sounds, acrid noises, fragrant images and sour-smelling touches.

◉ Humans reportedly acquired the ability to see blue, green and red in that order over the course of evolution. Red, which was acquired last, is also the color of excitement. Almost all people can see red, of course, but in fact the eye is practically useless at capturing energy stimulation in the long wavelength part of the spectrum that is perceived as red. That we still see red, even though it ought to be invisible, is thanks to the workings of the brain, which creates red for us. According to one study, if you put blind children in a room with red walls, the normally quiet kids become noisy and restless. Chimpanzees too become restless and excited when exposed to red light. We can’t see ultraviolet or infrared rays either, but we can sometimes feel them. All our senses are relative, not least vision.

◉ In most civilizations in the world throughout the ages, vision has been placed at the top of the sense hierarchy, but the tendency is not completely universal. For the Tzotzil people in Mexico it is heat, and for the Suyá people in Brazil it is sound that is the most important information medium. There are also groups for whom smell plays the central role in communicating identities and knowledge, such as the Onge tribe in the Andaman Islands, or the Tucano people in the Amazon.

If we extend our discussions from humans to include other animals as well, the world is radically different for each species. The olfactory senses of dogs and deer are 10 million times stronger than that of humans, and catfish and sharks have more than 10 times as many taste buds around their bodies than humans do. How do they feel the world? 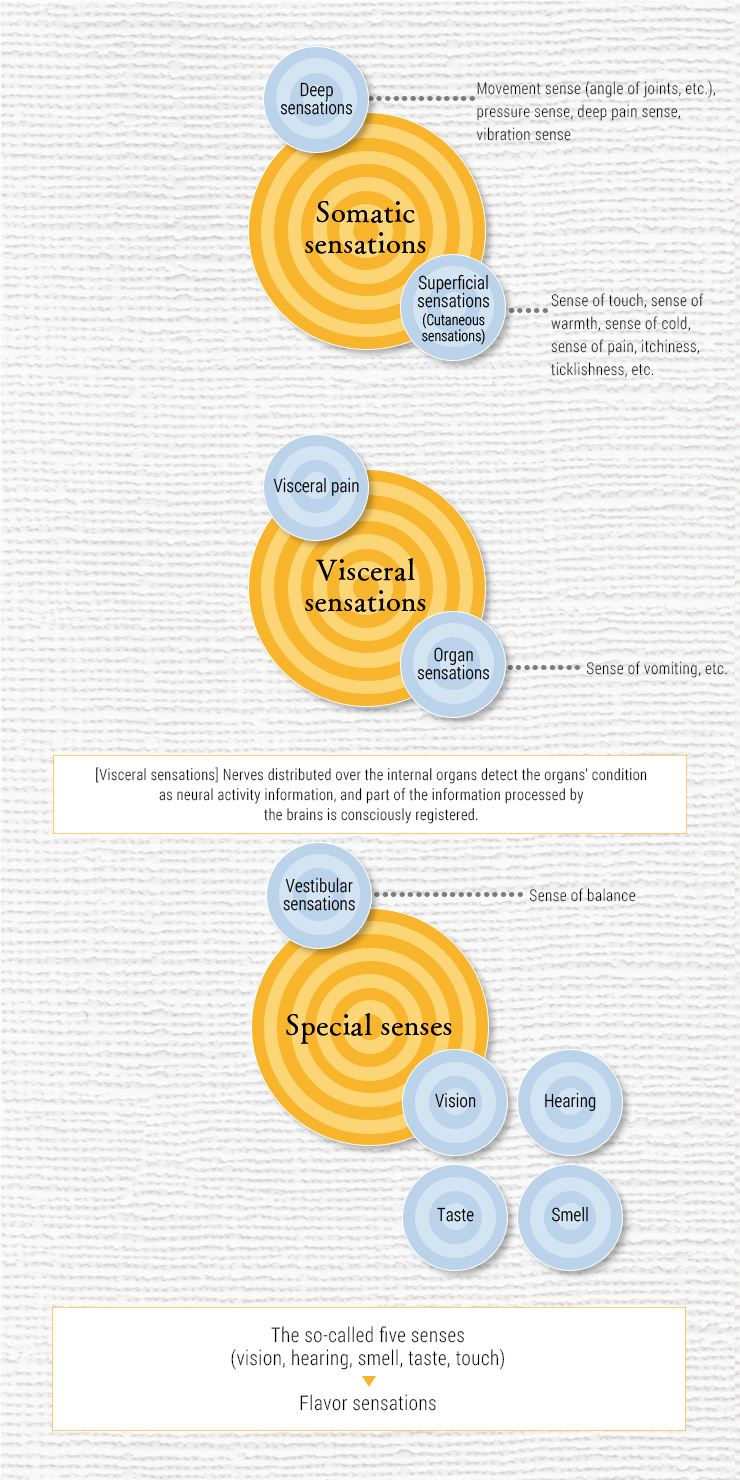 ◉ One of the characteristic features of the Japanese language is the large number of mimetic words. Muzumuzu, zawazawa, zokuzoku, mukamuka, shikushiku, pekopeko and countless others describe cutaneous or visceral sensations. In the field of medicine, there is a condition called general malaise, where the patient complains of certain symptoms, but examination fails to find any disease that would cause them. Some of the symptoms are comparatively clear, such as headaches or insomnia or palpitation, but others can be hard to understand except by the patients themselves: general irritation, a heavy head, sluggishness, hotness, a ringing in the ears. Frequently they are brushed off as being “all in the mind.” But problems that arise in the mind are also diseases, of course, and a sign of an awareness that something is not quite right with the body, even if the symptoms can only be described in mimetic words.

◉ There are probably dozens or hundreds of times as many sensations that we are unaware of (i.e. sensations that the brain doesn’t turn into information), than those we actually do become aware of.

Signals of internal and external stimuli, and occasionally signals of abnormalities, are processed by the skin and the viscera and transmitted to the other organs, and usually the abnormalities are regulated. Since the signals are turned into information, this means that the skin and the viscera also have brain-like functions. It is rather the case that the brain is an organ specializing in the information processing functions that all cells and organs possess to various degrees. The skin and the guts are sometimes called “the second brain,” but it is really the brain itself that was appended afterwards as a processor and memory.

◉ Obviously the brain occupies an important position in the sensation and information network that extends around the inside of the body. But for organisms in general, it was probably the immune system that originally played the leading role. Already single-celled organisms have an enzyme system that could be called a prototype of an immune system, which protects against virus infections. In the case of vertebrates, there are a kind of lymphocytes called B cells that by themselves are able to produce millions, or even billions of antibodies. The total number for the whole immune system is astronomical. This means it is well prepared in advance to handle any unknown pathogens and foreign matter.

Our bodies have the capability to respond to such a wide range of stimuli, a “sense power” that we are largely unaware of. The immune system is also profoundly involved with our feelings and emotions.

Laughter is the best medicine, they say. Just as laughter improves immune efficiency, the feelings and emotions produced by the brain and the invisible “sensations” of the immune system may be two sides of the same coin. 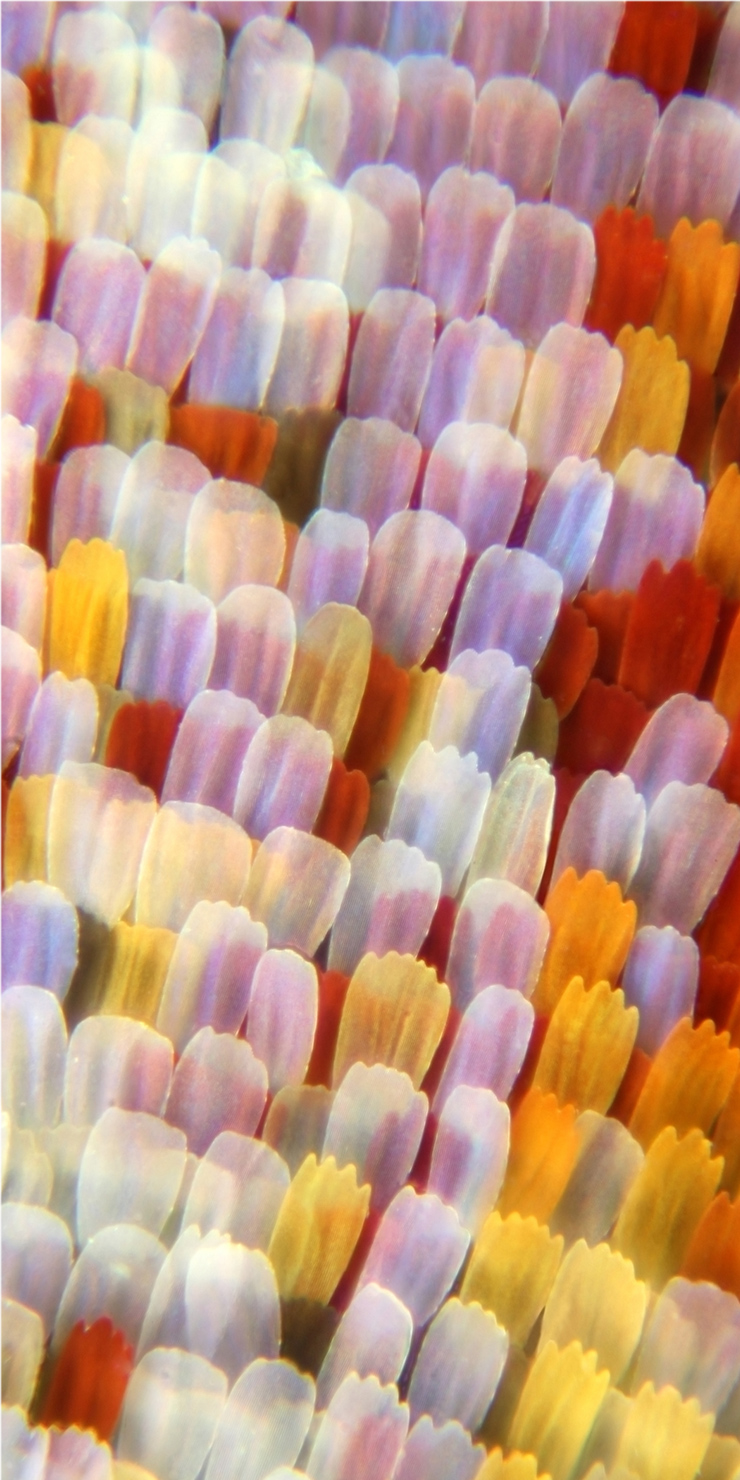 Scales. The impression you get is quite different if you are told they are from a butterfly or from a moth.