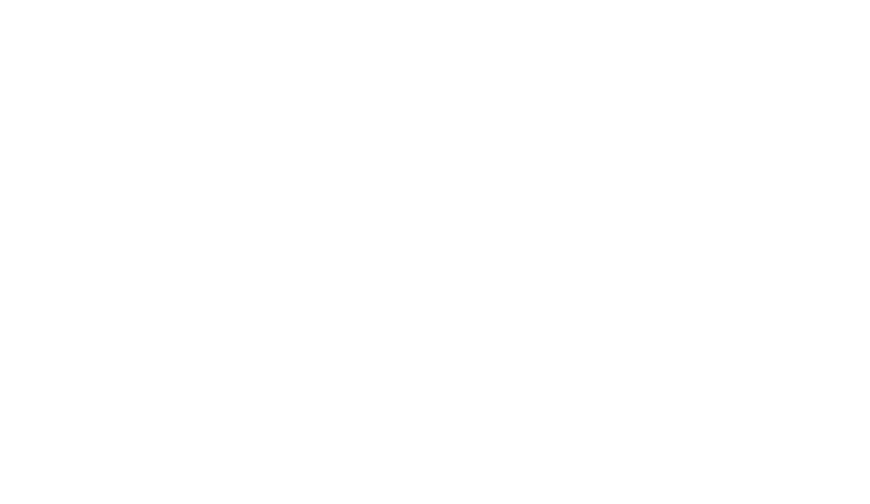 There is a theory that the reason why people see ghosts and goblins in graveyards and tunnels is because of the uranium and other radioactive substances contained in tombstones and the rocks used for tunnel construction. Regardless of whether that theory is true, it is a fact that the world around us is full of light we cannot see and sounds we cannot hear, such as ultraviolet light and ultrasonic sounds. The world would probably appear completely different if the threshold of our senses were to shift even the slightest bit. What we know is only a small part of the world, cut out and filtered by our sensory organs. Accounts of glimpses of the invisible rest of the world may have slipped in among the many eyewitness reports of ghosts, goblins and gods.

◉ Japanese people take it for granted that ghosts appear in summer. In the West, they seem to appear all year round, and if they do have a favorite season it is probably winter. The fact that the hot summer is high season for Japanese ghosts is likely due to their chilly image.

Sensations like cold shivers down the spine are commonly regarded as premonitions of ghosts, but tepid air is also suspicious. A fishy smell and sounds like ravens’ cries and thunderclaps are other familiar tools of the spirit trade.

◉ The Golden Time for ominous events is ushimitsu according to the old Japanese clock (around 2 o’clock at night), along with dusk and dawn. If anything, ushimitsu is the time for ghosts, while yokai (a huge class of supernatural monsters, spirits and demons) tend to prefer dusk and dawn. In the gloomy twilight is it is difficult to discern the face and appearance of people you encounter.

Our sense of vision has a habit of trying to find familiar patterns in objects, and human faces are the prototypical example. People see human faces on fishes and dogs, not to mention in stains on the wall or the grain of wood. Most spirit photographs can be explained as a side effect of the visual habit of wanting to see faces.

◉ Inoue Enryo (1858-1919) was a Meiji period Buddhist reformer and philosopher, who is also famous for his “yokai studies.” He provided rational explanations for specters and spirits, ogres, kappa and tengu, and dismissed them all as superstitions. But even though he fervently denied the existence of yokai, when you consider the vast data he collected on them and his commitment to the cause, you get the impression that he somehow wanted to believe in them after all.

Even people who consider themselves perfectly rational and reasonable sometimes feel uneasy when entering a hotel room or get a bad feeling when they hear the phone ring. And even if nothing actually happens, the sensation is still incontestably a “fact” to the person who experiences it. Either way, the sensation is generated in the brain.

◉ A European scientist asked an Indian monk “why do you believe in an invisible soul or the existence of God?” The monk replied, “Don’t you believe in the existence of the wind?” Many of our supposed facts are nothing we can view or touch directly, be it historical figures like Minamoto no Yoshitsune or Toyotomi Hideyoshi, or physical properties like gravity or weak radiation.

Historical facts in particular can be impossible to reproduce experimentally. Facts cannot always be seen, touched, or confirmed. It goes without saying that for someone who is able to feel the presence of things considered as ghosts and spirits, they are just one more kind of facts. 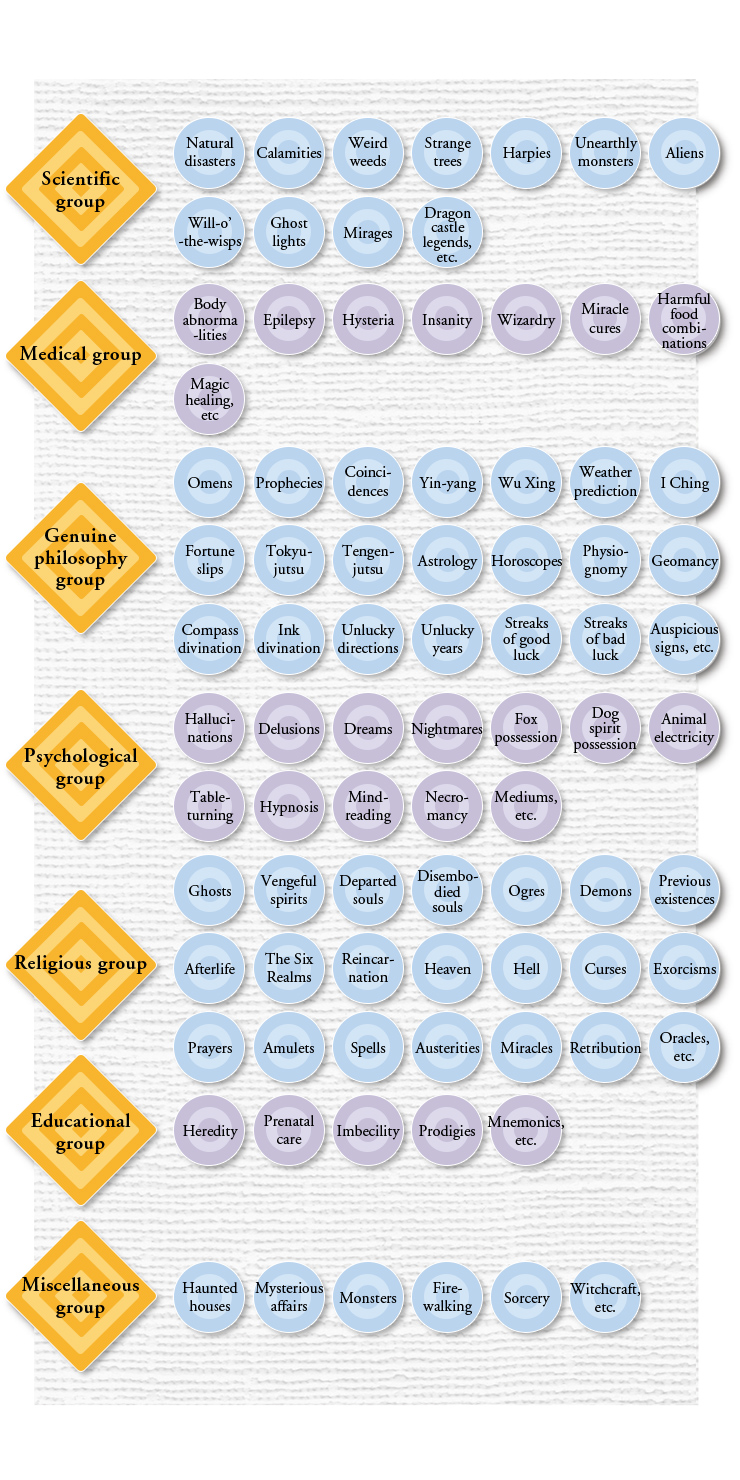 ◉ In ancient Japan, people who refused to show allegiance to the imperial court were branded as “earth spiders” or ogres, and were said to look weird as well. In the Heian period, people who died bearing grudges were believed to become vengeful ghosts casting spells. Such spirits were often enshrined as gods in order to calm their wrath. Mighty rebels like Shuten-doji and Ibaraki-doji were also considered ogres. Tsukumogami, which appear in tales from the Middle Ages, were old household items that had turned into yokai after a hundred years of use. One might say that since these objects had once been transformed by a craftsman’s hand from natural materials, they already had a predisposition for further transformations into yokai from the very beginning.

◉ Invisible phenomena could also become yokai. Mysterious sounds from deep in the mountains, unfamiliar animal cries and strange noises from the riverside were regarded as the workings of tengu (long-nosed, flying goblins), nue (chimeras with the face of a monkey, the body of a tanuki, the legs of a tiger, and a snake as its tail), and azukiarai (a grotesque, bean-washing midget), respectively. That is to say, yokai came into the world when people encountered unknown phenomena or feelings that were hard to express in words. In the Edo period, there was a fad for ghost stories and yokai pictures. Many yokai were given names and portrayed in veritable catalogues, but once they were verbalized and visualized their fearsomeness and power declined.

◉ According to Inoue Enryo’s more modern point of view, seeing yokai was almost the same thing as dreaming or hallucinating, but one must not forget that dreams and hallucinations also used to have a quite different reality than they do now. They were considered premonitions and were the subject of fortune-telling. One famous episode recounts how Hojo Masako (1156-1225) purchased an auspicious dream about her sister – as late as in the Kamakura period, dreams could be bought and sold. Both dreams and yokai haunted people, but were at the same time exchangeable commodities.

◉ Political changes, natural disasters and other upheavals were invariably accompanied by mysterious, magical occurrences. Before civil wars like the split between the Northern and Southern courts in the 14th century or the Onin War in the 15th, before uprisings and assassinations, the Shogunzuka mound in Kyoto would rumble, or ball lightning would fly around the capital. Even in the midst of calamities, records of dragons ascending in torrential rainstorms or raiju thunder beasts descending on lightning bolts are too numerous to mention.

There also some accounts, however, where the causal relationship remains obscure. For example, the documentation of the great flood of Uzen in the second year of the Manji era (1659) describes an old man with a white beard seated in Zen meditation on top of the muddy stream. A white-haired hermit in the fifth year of the Tenmei era (1785) is said to have traveled all the way down a flooding river riding on a log. More recently, there were similar eyewitness reports from the tsunami after the Great Eastern Japan earthquake (2011). Common sense says this is impossible, of course, and it is far from clear what the old man on the water is supposed to signify, but apparently the people who saw him in the middle of the panic understood and their confusion calmed down, perhaps through the effects of a magic ritual like an exorcism. 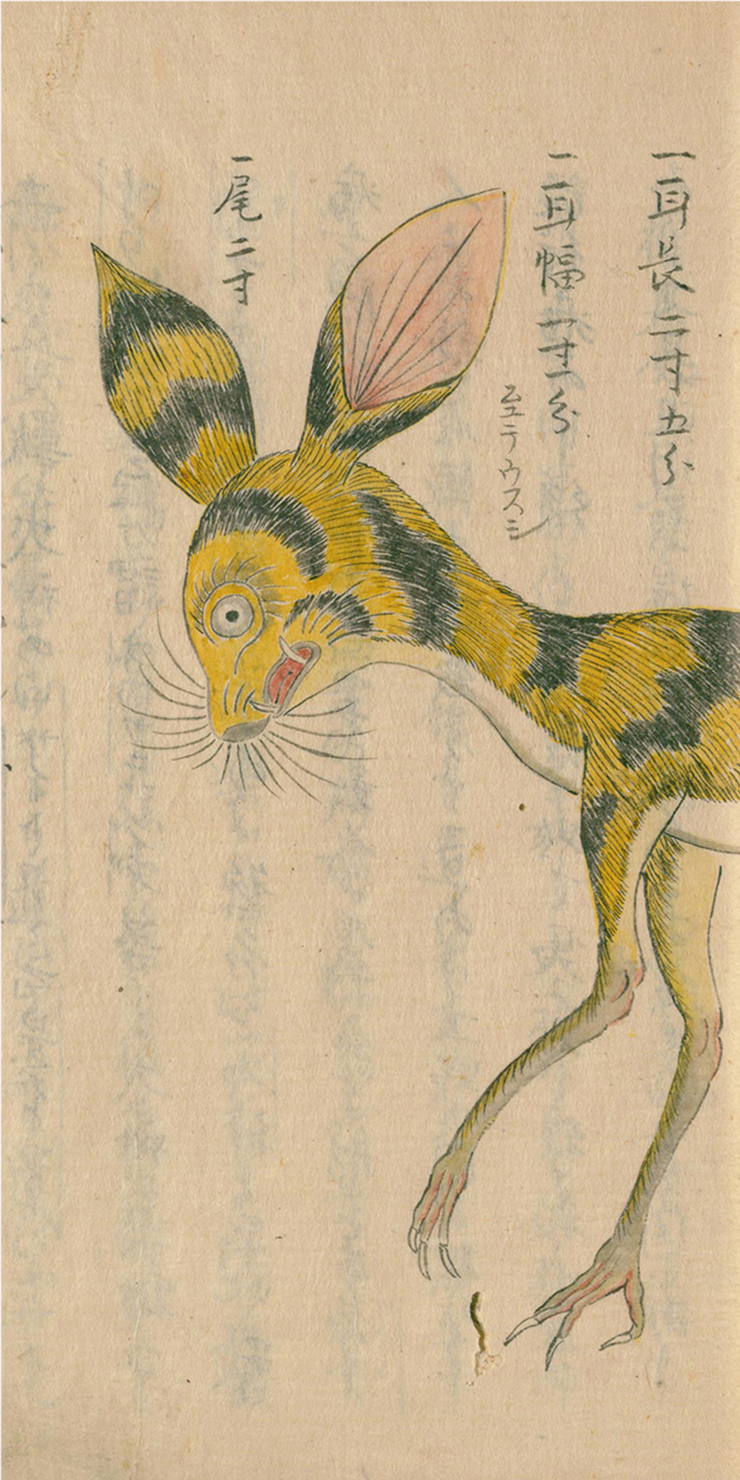 Edo period depiction of a kama-itachi. The Chinese characters mean “pot weasel,” but it was originally a wind yokai.