#06
The Power to View the Invisible 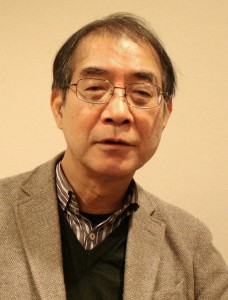 Spaces with a Qualitative Difference

It’s a modern thing to discard the invisible and inexplicable as “inexistent.” However, even if you know that ghosts and specters aren’t supposed to exist, you still feel frightened if you are in an isolated cabin deep in the mountains and have to go out to the toilet alone at night. Almost everybody does. Once when I went by myself to Shikoku to do some research, I heard the murmuring of the river in the middle of the night. Gradually it changed to the sound of a whispering voice. Even though I knew in my head that it was just the sound of running water, it still sounded like a human whisper.
In the same way, people feel fear when they go deep into the mountains or row out at sea. They may even feel premonitions of disaster. Such inexplicable things used to be referred to as “mountain gods” or “yaroka-mizu,” etc. In other words, they were yokai [a wide range of fairies, monsters, ghosts, goblins and other supernatural beings in Japanese folklore]. Even people today should still have the ability to feel things that aren’t really visible or explicable, it’s just that we have lost the way to talk about them and a place to talk about them. We are living in an age where it has become difficult to share personal experiences. With the development of mass media, the locally shared awareness and illusions were lost.
At the root of yokai experiences lies a physiological fear with added cultural elements. For example, mountains and the sea are places where accidents easily happen. In such places, the experiences of our ancestors have piled up. The point is whether you know that or not, or whether you can feel it or not. If you don’t feel it, you won’t encounter any yokai and you won’t have any trouble going to the outhouse alone at night in a cabin in the middle of nowhere. But such a neat and rational division makes the world rather boring. Understanding that spaces may be qualitatively different makes it culturally much richer as well.

A legendary yokai, mainly in the Kiso river basin. On nights of heavy rain, the river would rise until it was heard calling “Yaroka, yaroka” (“Do you want it? Do you want it?”) from upstream. If somebody then answered “Yokosaba yokose,” the river would instantly surge and swallow the answerer’s whole village in the blink of an eye.Red eyes and a big mouth were apparently also seen in the river. First-hand reports have been handed down of devastating floods in the area in 1650, 1687 and 1873. 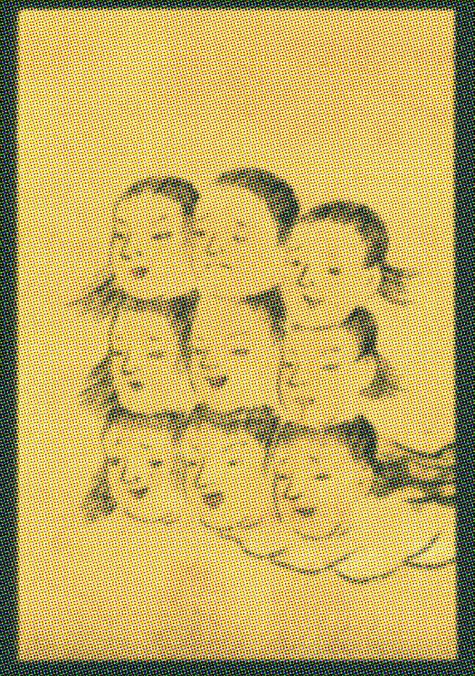 From the Kaiki Choju Zukan scroll

Yokai to the Rescue

The problem is not whether yokai exist or not. Yokai are a tool to recover a lost culture. After the Meiji Period, religion in Japan came to be regarded as a kind of philosophy, but in fact Buddhism too originally embraced yokai, and particularly with the separation of Buddhism and Shintoism something great was lost. Even though Japanese customs and society really functioned most efficiently from the perspective of a union of both Buddhism and Shinto, it suddenly became difficult to hear voices in the wilderness or feel the presence of yokai.
We don’t have to go as far as to bring back yokai or other supernatural entities as such, but we mustn’t forget that they used to “exist.” By keeping them as part of our culture, we should have the opportunity to bring back the experience as well.
Actually, “yokai” is a very convenient word among young people. Until recently, people who saw things others couldn’t see were declared “strange in the head” and dragged off to the hospital, but there is now a growing community where they can get help and talk with each other about yokai.

The Sensation of Fear in Edo and Today

In Edo, urbanization was already well in progress compared to the middle ages. Reports about encounters with yokai circulated like news from afar, and people like Toriyama Sekien made illustrated reference books of yokai for people to enjoy, but the boundary between the fun and the frightening kept moving back and forth. After all, this was still a time when people seriously believed that foxes and raccoons could transform themselves into human beings. Perhaps it was not so different from our current attitude towards ghosts or UFOs. Anyway, the line had to be drawn somewhere.

An Edo Period ukiyoe painter (1712-1788), who depicted countless yokai. His Illustrated Night Parade of a Hundred Demons (1776) became a bestseller, and made his name as a yokai artist. This was followed by several further volumes in the same series, and his images of yokai have been firmly established ever since. Many yokai were painted for the first time by Sekien, a true master of visualizing the invisible. Among his pupils were Kitagawa Utamaro and Koikawa Harumachi.

While people in Edo made two-dimensional paintings of yokai, they didn’t make three-dimensional figures. In other words, there were no yokai dolls. If you made a doll, it was feared that some spirit or ghost like a tsukumogami might take lodging in it. That is why there are extremely few yokai figures or yokai toys from the Edo Period. Actually, we still have that sensation today. Many people find the dolls that people put up as decorations in their homes creepy. We haven’t lost our fear of the souls and spirits of the dead. Even when we know it is irrational, it is something we cannot ignore. It is a sense of fear of nature and other things, I believe. Souls and spirits are part of our culture. They were created by society and are the memory of our society. Our culture is one with our bodies, and nothing we can throw away. Words like “soul” and “spirit” are still in common use. Just like the word “yokai” makes certain things easier to discuss, so do “soul” and “spirit.” It is by making such assumptions that people live in the real world. 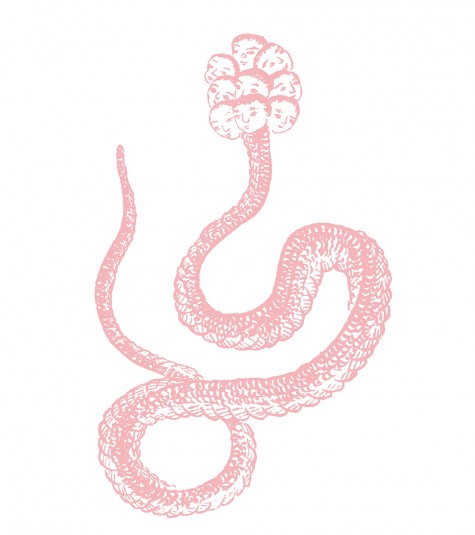 A type of yokai that inhabited containers and other tools. There are several etymologies and traditions that go back to ancient times, but according to one, spirits would take lodging in objects that were 99 years old and give them the power to transform into other things. Many such tsukumogami are depicted in the 16th century scroll Night Parade of a Hundred Demons, which is designated an Important Cultural Property.

Tools to Connect to the Unseen

As tools for life, yokai and souls might be considered the shape of our relationship with nature and calamities, and our relationship with the dead. For example, by talking about mountain gods, we could restore our relationship to mountains. Rationally we may know that mountains support the abundance of the seas and so forth, but before that, there are the signs and premonitions we feel from mountains. It is hard nowadays to create a space where people can exchange such premonitions and feelings and build relationships, but visits and pilgrimages to temples and shrines still function for that purpose. It is necessary to have devices that enable people to listen to the voices of nature and other things, and build that kind of relationship with them. Temples and shrines, arts and festivals, used to be devices to form a certain kind of connection to invisible things.
When visiting a temple or shrine, most people don’t know what sort of deity or Buddha is worshipped there. This may sound very strange to Westerners, but for the Japanese it is OK. The important thing is to cross swords with nature and unseen powers. 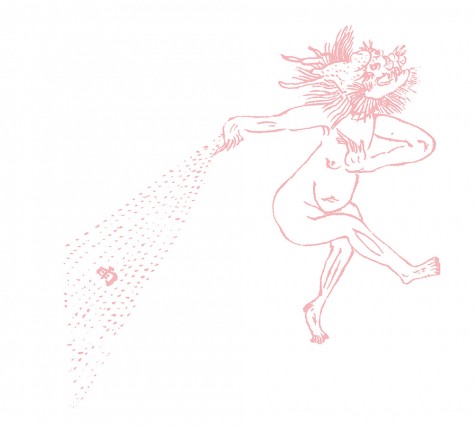 In our commercialized age, the trendy so-called “power spots” have become another such device. Perhaps they are trendy precisely because of the cruel spiritual circumstances that young people are caught in. In shrines, the power spots tend to be located not in the main shrine, but in a rear shrine or subordinate shrine, and they have a strong element of nature worship. Some of those spots are quite eerie, but since they are called “power spots” that aspect is obscured. They are a symbol of our lost vocabulary. Words are good not because they are old, but because it is important to bring them back into daily life. There is this world we live in, and there is the other world, there is nature and there are cities. Words like “gods” and “sacred sites,” “souls” and “yokai” are essential to position yourself in such a wider view of the world.
Today, we have a society where the frightening is not supposed to exist, where people cannot easily admit to being scared. But it really is OK for frightening things to be frightening. The Japanese have a tendency to sweep failures and anything negative under the carpet. The war is a case in point. It is still kept hidden away after all these years. It is extremely important to have a normal sense of what is frightening and what is strange. I believe the time is coming when we squarely have to face our fears and mistakes again.