#02
How to Measure Psychic Powers 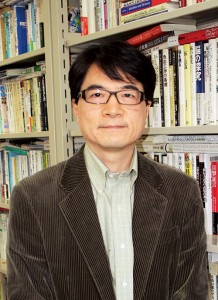 Dean of the School of Information and Communication, Meiji University. PhD in Physics Information Engineering from Tokyo Institute of Technology.
After working for a computer manufacturer and the Institute for New Generation Computer Technology, he joined the Meiji University faculty in 1997 and became professor in 2002. In 2004, he moved to the School of Information and Communication.
His publications include Mind and Cognitive Informatics (2006), What Kind of Creatures are Humans? (2012) , and the Japanese translation of Entangled Minds by Dean Radin (2007).

The Rhine Research Center – The Bastion of Parapsychological Research

The ability to read other people’s thoughts, or to predict the future – what is commonly known as paranormal powers – are denied by the scientific mainstream. Still, many people are convinced that such powers do exist, so they haven’t been completely ruled out. Once in a while, a self-proclaimed “psychic” becomes the darling of the media. Wouldn’t it be fabulous if one of them turned out to be the real thing?
The discipline that seriously studies the possibility of paranormal powers is called parapsychology, and has a history that goes back around 130 years. Those where the days when séances and mediums held sway, but gradually more scientific methods were introduced. The central figure was Joseph Banks Rhine (1895-1980), a professor at Duke University in the United States. He established a parapsychology lab at the university, where he conducted numerous experiments using a set of “ESP cards” with five types of simple symbols. By further analyzing the results statistically, he made a huge contribution towards the modernization of research and the demonstration of paranormal powers.

It was parapsychology that first introduced randomized controlled experiments.

After Professor Rhine retired, the Rhine Research Center was established and became the global base for this field. In fact, I myself utilized my university’s overseas research system to spend some time at the Center in 2002 to familiarize myself with the state-of-the-art in parapsychological research. I also took part in the training program to become a parapsychologist. It is a graduate level course with sophisticated contents, including advanced statistics and philosophy, in order to improve and meet the criticism of past experiments. Particularly impressive was the fact that a large amount of time was devoted to skepticism.

Experiments performed in 1910-1911 by Tomokichi Fukurai, an assistant professor at Tokyo Imperial University, on two women who were said to possess second sight, Chizuko Mifune and Ikuko Nagao, made large waves at the time. Ikuko Nagao in particular was said to have the ability to make portraits appear on undeveloped film (this was the discovery of so-called “nengraphy”). The research was heavily criticized, however, and Fukurai had to leave the university, but recently his findings are being reappreciated.

Increasing the Quality of Experiments to Fight the Skeptics

Skepticism here refers to arguments to criticize affirmative claims regarding psychic abilities. You could almost say that the history of parapsychology is the history of a bitter rivalry with skepticism. In the early days, any positive evidence was dismissed as “simple tricks by conjurers.” When scientific methods were introduced, “the experimental setup was sloppy.” Nitpickers always found something to complain about. It was like a small company getting trampled by global competition.
The parapsychologists did not let themselves be discouraged, however. If an experiment was criticized, they devised ways to improve it and increase its accuracy. Fellow researchers who had made fraudulent claims were expelled. In this fashion, rigorous experiments were developed and a robust research ethics established. Certain methods that were originally invented for parapsychology, for example randomized controlled experiments, are now used in a wide range of other research fields, and some skeptics have become enthusiastic parapsychologists.
In general, the very mention of psychic experiments makes most people think of slapdash methods, but they are actually conducted with an extremely scientific approach. Indeed, parapsychology is far more “scientific” than the socially accepted humanities. Nowadays, computers are used extensively, human errors are few, and many new, advanced experiments are produced that anyone can easily perform.

Column 2
What Parapsychology is Studying

Contemporary parapsychology groups together abilities like clairvoyance, telepathy and precognition under the name “extra-sensory perception,” or ESP. With the addition of psychokinesis (PK), the major research areas are known as “PSI.” Other unexplained phenomena like UFOs or yetis are not the subject of parapsychological research.

The Structural Difficulty of Psychic Research

Still, the fight with hard-line skeptics who claim that “any references to psychic abilities are bogus” is not about to end anytime soon. This, I believe, has to do with the difficulty in this field to present evidence that is clear to everyone.
When experiments in the natural sciences are repeated, they should yield the same result. It is thanks to this property that science has gotten to where it is today. Under such-and-such conditions, a certain phenomenon will always occur, which leads to theories, and further theories built upon those. In parapsychology, however, there is no guarantee that when exactly the same experiment is repeated, it will produce the same result. That is because it involves unstable human psychology. Only by gathering vast amounts of data over long periods of time and analyzing those data statistically is it possible to achieve limited evidence.
If there was some kind of telepathy measuring device, the situation would be different, but as it is, we have to proceed by building theories, devising suitable experimental methods, and slowly but steadily gathering evidence.
The fact that the number of researchers in parapsychology are far fewer than in the natural sciences is another reason why the desired results are slow to appear. 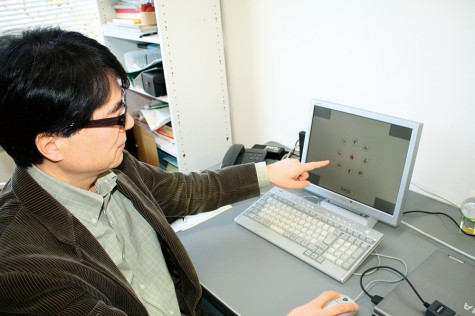 Spiritualists, on the other hand, like to bring parapsychology into their own framework, “the world of souls,” as it were, and explain telepathy and precognition as phenomena mediated by spirits. However, if you go along with that, you also have to come up with a theory about “what spirits are” and “what the spiritual world is like,” but the basis for such theories is not well founded. Presenting some suspicious spiritual document and claiming that “it says so in this book” is not a very good argument.
It is better to build a theory that explains psychic powers on the assumption that there is some as yet unknown form of perception, without bringing the world of spirits into it. As a consequence, the deeper researchers study parapsychology, the harder they tend to reject spiritualism.
The same can be said regarding existing religions. According to religious doctrine, miracular events are supposed to be acts of God, but parapsychology does not need the presence of any god. For that reason, there is even blatant pressure from certain groups in Europe and the United States to ban parapsychological research altogether. Japan is a land of countless gods, so we are free from that kind of pressure here. On the contrary, the workings of psychic powers are quite compatible with the oriental view of the world. Many parapsychologists show an interest in oriental philosophy, and there are signs that parapsychological research might take a different direction in the cultural climate of Japan than in the West.

Will Psychic Powers Ever Come Out of the Closet?

Apparently, HORIBA’s motto is “Joy and Fun.” It is certainly true that if everybody works together with the same mind, tasks that at first seemed impossible can be realized. If on the other hand even a single person is unwilling, the morale of everybody will drop. In the case of parapsychological experiments too, good results seem to be hard to get when skeptics are present. Just like the supporters of a sports game, the defiant attitude of the skeptics is believed to affect the participants mentally. Psychic powers are very human after all.
When the result is disappointing, ordinary researchers have a tendency to blame them on some fault with the equipment and discard the results, but it is actually often such “strange data” that are the first step towards important discoveries. When such data are accumulated, some sort of meaning is sometimes revealed. Parapsychology also incorporates methods to display the intentions of researchers, and compile seemingly unrelated research data and analyzing them on a meta-level.

Originally a research project on “remote viewing” at Stanford University in the 1970s, this was later sponsored by the CIA and the U.S. Army to investigate possible options for spying on the Soviet Union. The final evaluation report, which was published in 1995, stated that “even though a statistically significant effect was observed in the laboratory,” data of sufficient accuracy for intelligence activities were difficult to obtain.

Psychic powers do have a tendency to hide themselves, and there is a hypothesis that they staunchly oppose any attempt to clarify them. The world is said to be based on physical laws, and if psychic powers could be proven to exist, the laws of physics would have to be dramatically rewritten. Perhaps the very mentality of all the people who would find that troublesome is what causes psychic powers to conceal themselves. Well, in that case, if we could first create a society where a majority of people believed in psychic powers, perhaps evidence for their existence would soon be found as a matter of course. Research using cutting-edge technology has started shedding new light on this domain that has traditionally been considered occult. Human activities will always continue to open up new ground.