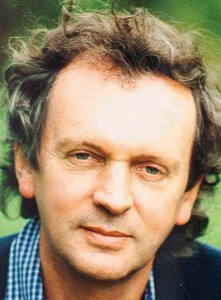 Born in 1942.
After majoring in natural sciences at Cambridge University, he studied philosophy and history of science at Harvard before returning to Cambridge to get his PhD in biochemistry.
In 1967–73, he was a research fellow and lecturer at Cambridge in biochemistry and cell biology, while pursuing research in plant embryology and cellular senescence.
In 1974–78, he was the Principal Plant Physiologist at the International Crops Research Institute for the Semi-Arid Tropics in Hyderabad, India, and afterwards he has worked as a plant physiology consultant for that institute.
Member of the Royal Society.

The Impact of the Morphogenetic Field Hypothesis

◎ It was in 1971 that the British biologist and Royal Society member Rupert Sheldrake presented his theory of morphogenetic fields, after a spiritual experience in India. His book, A New Science of Life, soon created controversies around the world. The science magazine Nature attacked it as “a book for burning,” while New Scientist gave it a favorable review as “genuine science.”
In brief, the morphogenetic field hypothesis claims that “events that have happened to some person or object can propagate to other people or objects even without any direct contact,” which flies in the face of the mechanistic view that is one of the cornerstones of contemporary science.
◎ That is, the form of various systems (including actions and thoughts) can be influenced by similar forms in the past and inherit the same morphology. Events in one location can even affect events in other, remote locations. In other words, forms can “resonate” across time and space.
◎ It was a bold theory that was roundly criticized by many, but the number of supporters also continued to grow, and Sheldrake was picked as one of “Six Notable Scientists” for a U.S. PBS television series, along with the neurologist Oliver Sacks and the evolutionary biologist Stephen Jay Gould.

◎ One example that Sheldrake himself likes to cite as evidence for the morphogenetic field hypothesis concerns the learning speed of rats.
Let’s say that one rat has learned a new action pattern. Then other rats of the same species born afterwards (and raised under similar conditions) will tend to learn the new pattern much faster than rats born before. Moreover, the more rats that learn the new pattern to begin with, the stronger the tendency gets. This leads to the following kind of situation: If 1000 rats in a laboratory in London are trained to perform a new task, then rats in laboratories everywhere in the world manage to perform the same task much quicker and easier.
◎ In August 1983, the following open experiment was performed on British TV. Two visual illusions of a certain kind were prepared. The solution to one of them was kept secret, while the other was revealed in the program to 2 million viewers. A group of 1000 people was tested on the two pictures before the program was broadcast, and a different group of 800 was tested afterwards. All of them were people who lived in remote areas were the program was not aired. The result was that while the solution rate for the problem that was not shown in the program rose from 9.2% to 10.0%, the rate for the problem that had been explained in the program rose from 3.9% to 6.8%.

The Paranormal Powers of Familiar Animals

◎ In his book Seven Experiments That Could Change the World, Sheldrake suggests various ways of confirming the morphogenetic field hypothesis. All of them are small-scale experiments that require neither huge laboratory installations nor large budgets.
◎ Typical examples involve familiar animals like pets or birds or insects.The first, “Can pets detect when their owners are on their way home?” is a topic that has many people nodding their heads. As soon as the owner leaves the office or approaches the home station, the house cat or dog starts behaving in a certain way. Or it detects when the owner is about to call, just before the phone bell starts ringing. Episodes about pets that manage to find owners who have moved away are also well known.
The question “How can carrier pigeons find the way home to their nest?” has been given many “rational” answers, including the magnetic map theory. Sheldrake refutes those theories one by one, and instead argues the consistency of the morphogenetic field hypothesis. Insects also show many behaviors like the “stunning constructions of termite nests” that are hard to explain by instincts and simple physical laws.
◎ Sheldrake proposes such easy experiments to demonstrate “supernatural powers,” and gathers data from all over the world.

Mind Expansion Beyond the Brain

◎ Sheldrake’s experiments about the human mind and senses are largely divided into two major topics. One is “the sense of being stared at,” and the other is “phantom limbs.” The point that both share is that they question the notion that consciousness, or the soul, is confined to the inside of the brain.
◎ The feeling that someone is staring at you has so far only been studied scientifically in the form of sounds, smells, minuscule air vibrations and other such “signs” caused by the bodily movements of the starer. There isn’t any powerful “sight beam” as such, it used to be said, but nobody ever tried to confirm whether that explanation is actually true. The phenomenon was just explained away, and ignored as a subject of research. This is an experiment that anyone can do simply by staring at another person’s back. Nevertheless, no scientific experiments were ever performed before Sheldrake, and his results show that the sight beam actually seems to have some sort of power.
◎ “Phantom limbs” occur when a person who has lost an arm or a leg in an accident still continues to have feelings in the missing limb. Sheldrake explains such sensations with the existence of “fields,” and continues to perform experiments to verify their existence.

◎ As historians of science have made clear, the result of scientific experiments depend to some extent on the experimenter’s predictions and projections, not to mention their hopes and desires. However, in most cases they have only pointed out how initial setups and data readings are manipulated, consciously or unconsciously. Sheldrake goes one step further and suggests the possibility that the mind of the experimenter acts directly on the subject and thus has an impact on the experimental result itself. That is, you get the “expected effect.”
◎ He even goes as far as to cast doubt on whether scientific “constants” such as the speed of light or gravitational acceleration really are eternally immutable. If it is as Sheldrake says, and the fundamental constants actually could be shown to vary, the whole basis for our scientific view of the world would be undermined. That is to say, even scientific phenomena that hitherto were believed to be accurately estimated could sometimes be wildly wrong and prove no more reliable than the weather forecast or stock market predictions. In that case, we might have to rely on the hunches and intuitions of skilled craftsmen and connoisseurs even for “scientific phenomena.” Well, then perhaps science too is but a technique that has been polished by artisans and experts with a certain kind of “supernatural power.”

Crop Circles, and Cloud Computing for Memories and Experiences

◎ In addition to the above experiments, Sheldrake has been performing field trials with crop circles, living up to his reputation of trying to elucidate familiar mysteries. Crop circles are made by pressing down the grain in complex geometric patterns, and have been appearing in the UK and elsewhere since the 1970s, although there are reports of similar phenomena from earlier centuries as well. Various theories were proposed, such as that they were made by extraterrestrials, but since the 1990s, verification by paranormal skeptics is progressing and some crop circle creators have fessed up, and by now they are generally believed to be man-made. 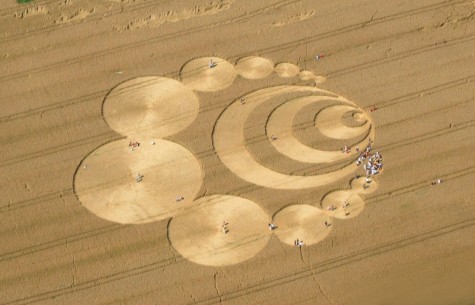 ◎ Sheldrake’s experiment was done in 1992, and confirmed that crop circles could indeed be made by man. However, while he was in the middle of his experiment, other crop circles popped up all over the place, which suggests that Sheldrake’s ideas about “resonance” may have been at work.
◎ Sheldrake has further proposed a hypothesis that memories and experiences are stored not in the brain, but in some sort of server-like space. A cloud computing-like system, as it were, where the brain is just a receiver. This makes it possible to explain recovery from amnesia, he claims.