Born in 1980, TOTO’s “Washlet” has become the byname for warm water shower toilet seats. With accumulated sales of over 40 million units, it is a product that has spurred innovation not just in the toilet culture of Japan, but worldwide.
While pursuing water and energy conservation, the kansei engineering-based water discharge technology is constantly improving, and the Japanese toilet experience – the world’s most comfortable – keeps evolving.

Washlet and the toilet revolution

Several other manufacturers have released similar products, but most Japanese will refer to any warm water shower toilet seat as a “Washlet.” This is probably also a result of TOTO’s R&D efforts for superior water spouting technology in the quest for maximum convenience, comfort and cleanliness.

Washlet sales have increased as Japan’s toilets are gradually changing from the old squat type to Western style toilet seats, and in July 2015, the accumulated number of shipped units passed the 40 million mark. By now, Washlets are common not just in ordinary households, but are installed in the toilets of shops, office buildings, stations and other public facilities as well.

Washlet has become one of the country’s leading industrial products, and many foreign tourists who have visited Japan want to buy one.

The first Washlet model had a tank to store hot water. In the 1990s, this hot water tank type could spray the bottom (anus) with 1000 – 1300 ml of warm water per minute. The water was discharged at an upward angle of 43 degrees from the diagonally extended nozzle. The angle was calculated so that water bouncing off the buttocks does not fall back on and contaminate the nozzle, and the 43 degree angle remains unchanged to this day.

However, a 1300 ml tank was too big for the crammed space of Japan’s narrow toilets, and TOTO made progress in tank miniaturization and built-in tanks. They had also been marketing an instant water heater type since 1980 that could instantly heat water from 0 to 37.5 degrees and thereby removed the need for a tank, but there was a problem with the water quantity. How much cold water could you heat in a minute with a 1200 watt household power supply? The answer was 430 ml.

But if the water volume was reduced to 430 ml, customers who were used to washing with the old 1300 ml would feel that washing comfort had gone down as well. This was the trigger for research in water discharge technology “to make it feel like you had washed with plenty of water, while only using a small amount of water.” TOTO decided to approach the problem from the angle of kansei engineering, a field that utilizes scientific research on the human senses to develop better products and services. 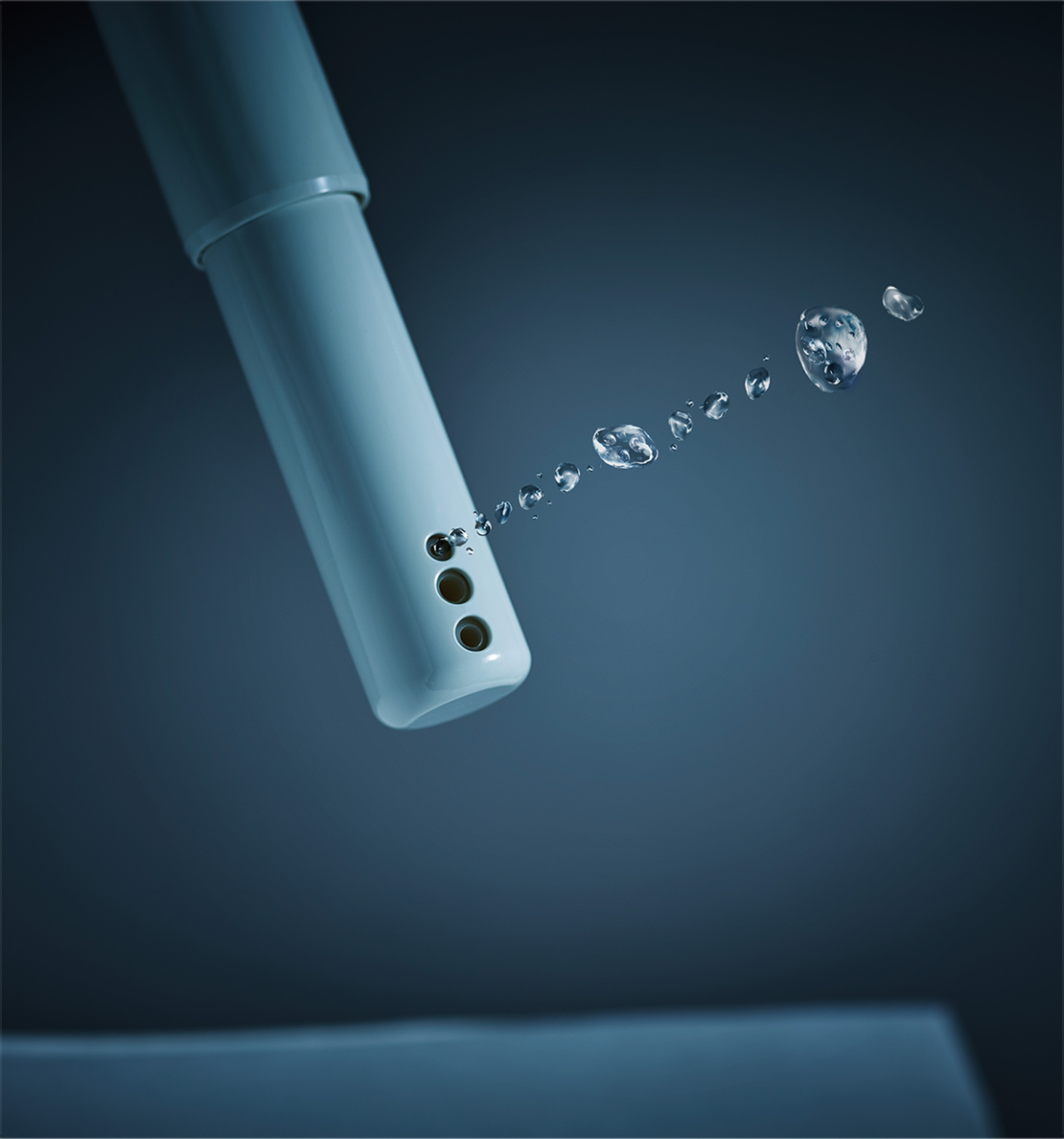 Various studies were made to analyze what different people experience as washing comfort. One unexpected discovery was that the skin around the buttocks is not all that sensitive. When touched with two needles at the same time on your fingertips, you can differentiate the needles at less than 5 mm apart, but on your buttocks you can’t tell them apart even at 45 mm. It was also found that the buttocks are unresponsive to fine vibrations. In other words, the bottom is a surprisingly insensitive part of the body. In that case, shouldn’t it be possible to devise the warm water spray so that even a small amount of water creates an illusion of plenty of water? TOTO started researching water discharge technology to manipulate the water flow.

First they tried to increase the perceived amount of water by mixing it with air. This did have the desired effect of making a small amount of water feel like a lot, and this method is still used on current Washlet models for the “Bidet” and “Light flush” functions, where gentleness is more important than a thoroughgoing wash.

Next was a technique called “wonder spin,” where spatially thinning out the water makes it feel as if it was hitting a wider area. Strong, thin rays of water moving round in circles faster than the bottom can sense feel as if a powerful stream of water was hitting the whole area. It is a technique applied in bathroom showerheads as well.

Finally, the most effective way of saving water is to thin it out temporally and spray droplets. When droplets hit the bottom at high speed, they are not sensed individually but perceived as a continuous flow of water.

In order to create droplets, the water speed changes cyclically using a washing technique called “Wonder Wave Cleansing.” Faster water catches up with the slower water discharged a moment before, forming large droplets just when the water is about to hit the bottom. High-end Washlet models are already equipped with this advanced function, but TOTO is considering introducing Wonder Wave Cleansing or some similar droplet spray function on models in lower price ranges as well over time.

For this purpose, they have developed the so-called ”balloon jet technology.” Whereas Wonder Wave requires a special control device, Balloon Jet manages to create droplets using only water and air.

TOTO’s R&D in pursuit of washing comfort keeps advancing, and the latest step in the evolution is a technique called “Air-In Wonder Wave Cleansing.” 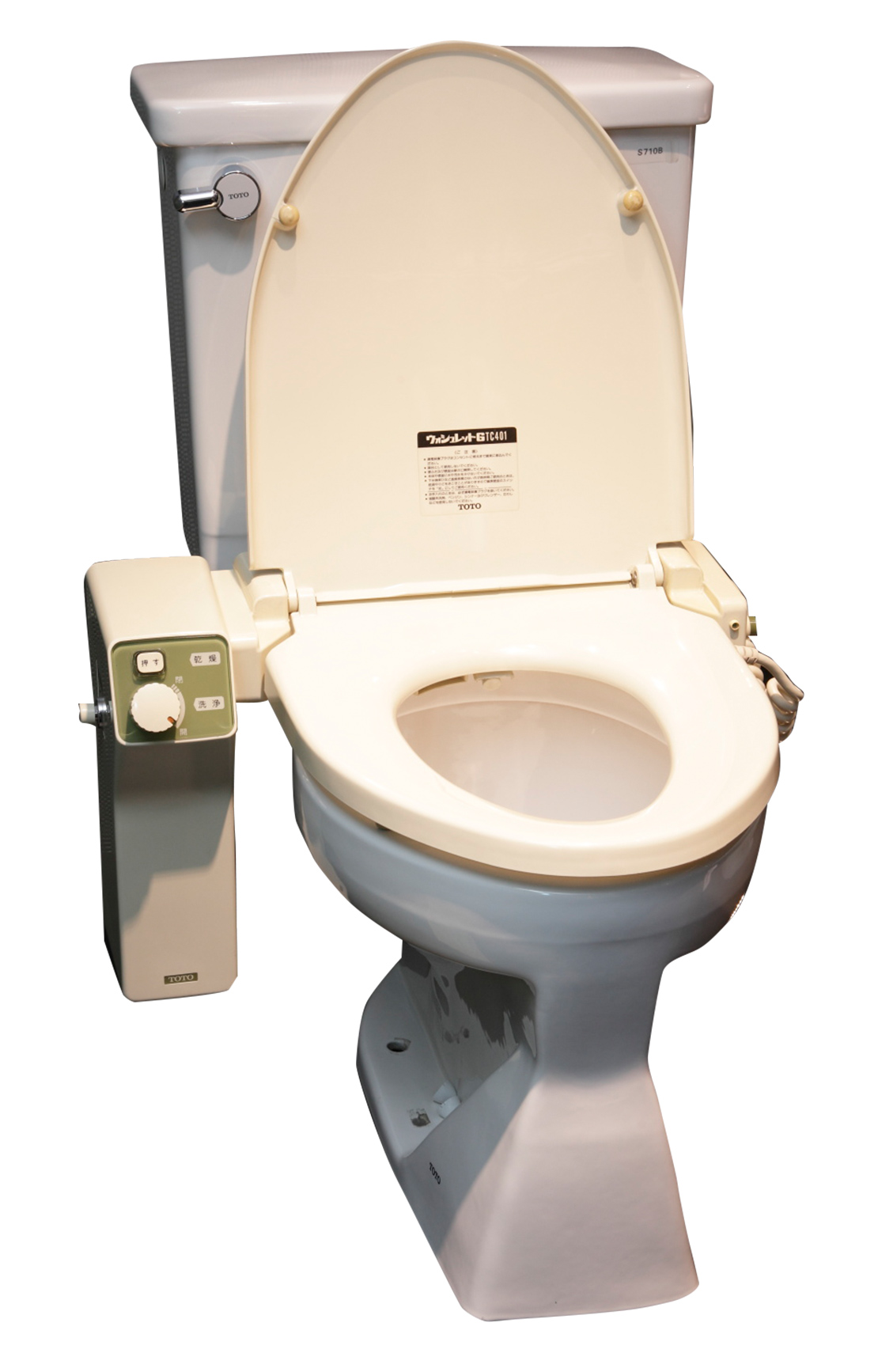 The first Washlet G has been certified as a Mechanical Heritage by the Japan Society of Mechanical Engineers.

Japan’s toilets are the neatest in the world.

It is not just the Washlet water discharge technology that is making progress. TOTO is attempting to dramatically change the Japanese toilet space itself. Thanks to functions for removing the characteristic “toilet smell,” functions for firmly washing away dirt using only small amounts of water, water electrolysis functions to eliminate bacteria, and toilet seat designs that are both dirt-resistant and easy to clean, the old image of the toilet as a “filthy place” is becoming a thing of the past and is gradually changing to a neat space instead.

Clean toilets are not only important at home, but are increasingly common in offices, business facilities, stations, highway service areas and other public spaces too.

Many foreign visitors to Japan are amazed at how clean the toilets are. Providing clean and comfortable toilets in tourist spots has become a part of the signature Japanese hospitality.

Japan has the neatest toilet culture in the world. It is definitely something to be proud of internationally.

* “Washlet” is a registered trademark of TOTO Ltd. 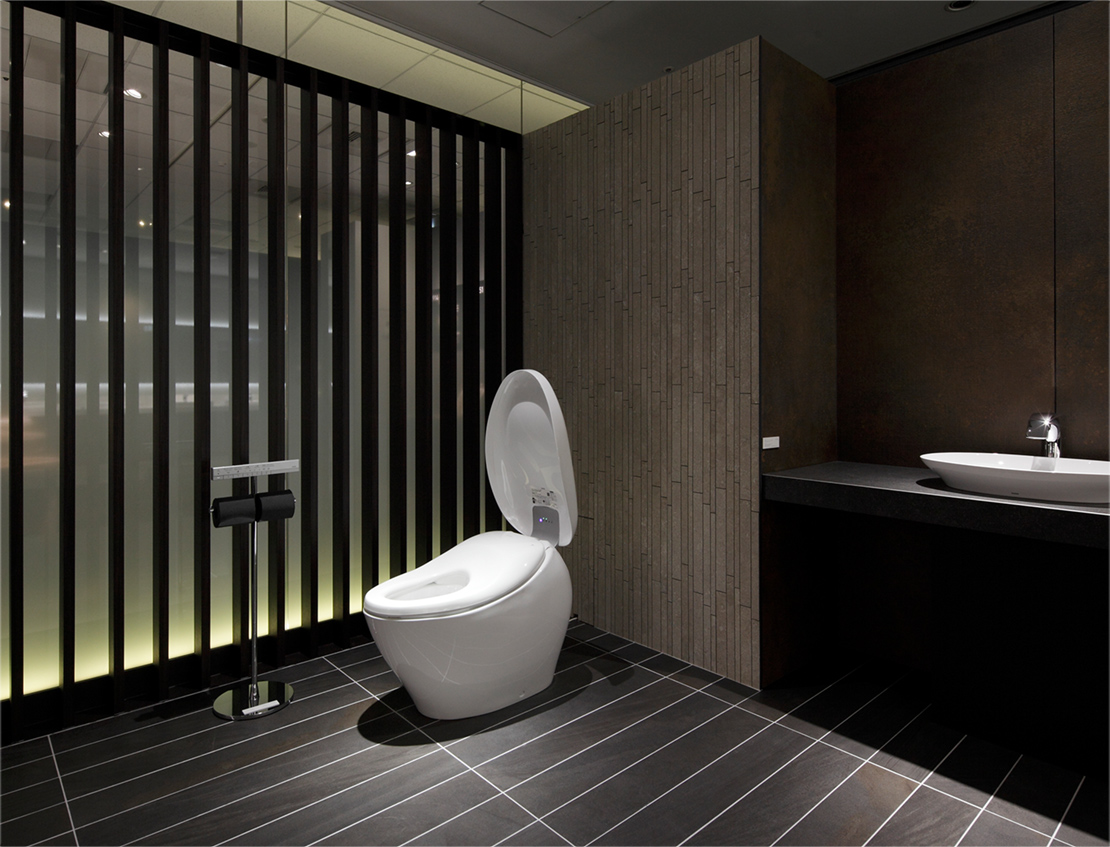