Sweetness, saltiness, sourness, bitterness, and the umami of soup stock. How often do you think about your own taste buds? Both taste preferences and taste disorders change with age. A Japanese taste appraiser talks about fun tests to determine your own taste capabilities, taste and food culture, taste and repackaged food, and the often surprising relationship between the Japanese and their food.

Why does the liking for saltiness increase with age?

Some people love their bowl of ramen bright red with chili pepper, but spiciness is a kind of pain, it is not a taste. Taste is perceived with cells on the tongue known as taste buds. These are the most developed in childhood, and become weaker with age.

“Are you confident in your own taste powers? Vision and hearing are normally included in a general medical checkup, but the opportunities to test your sense of taste are few and far between.”

The taste appraiser Kouki Mizuno of the Japan Taste Association, who holds taste seminars at schools, companies and local governments, stresses the importance of being conscious of one’s sense of taste.

“We perform sensory tests on the people who evaluate the taste in-house at food manufacturers, and it seems that those who get the highest test results are involved with product development.”

A good or bad sense of taste does not immediately affect your daily life, but since your taste powers are closely related to your eating habits, it may affect your health over the long term, he says.

“Some kids complain that the miso soup that granny serves is too salty. On the other hand, the disgruntled residents at certain senior citizens’ homes grumble that the food they get served there is bland and tastes bad. The prefecture in Japan where people live the longest is actually also the one where they consume the most salt. The taste powers deteriorate with age, so people who prefer their food with a full taste naturally tend to have a high intake of salt.”

An excessive intake of salt can lead to hypertension and other lifestyle diseases. Japanese food is rich in umami, but umami tastes even better in combination with salt, and as a result the food often has an overabundance of salt content as well.

“Everybody has their own likes and dislikes, so it is very complicated, but generally speaking, if you prefer extremely strong seasonings, you may have a problem with your sense of taste.”

Taste disorders include symptoms like not feeling any taste at all, or everything you eat tasting salty or bitter. In about 70% of cases, this is believed to be caused by zinc deficiency due to side effects of drugs taken for other diseases.

“It is also hard to say at what level it becomes a taste disorder. Half of people perceive water with 0.35% sugar in it as sweet. So if a guy drinks water with a 5% sugar content (Cola has 10%) and doesn’t think it sweet, does he have a taste disorder? It largely depends on his preferences, and doctors’ opinions are divided as well.” 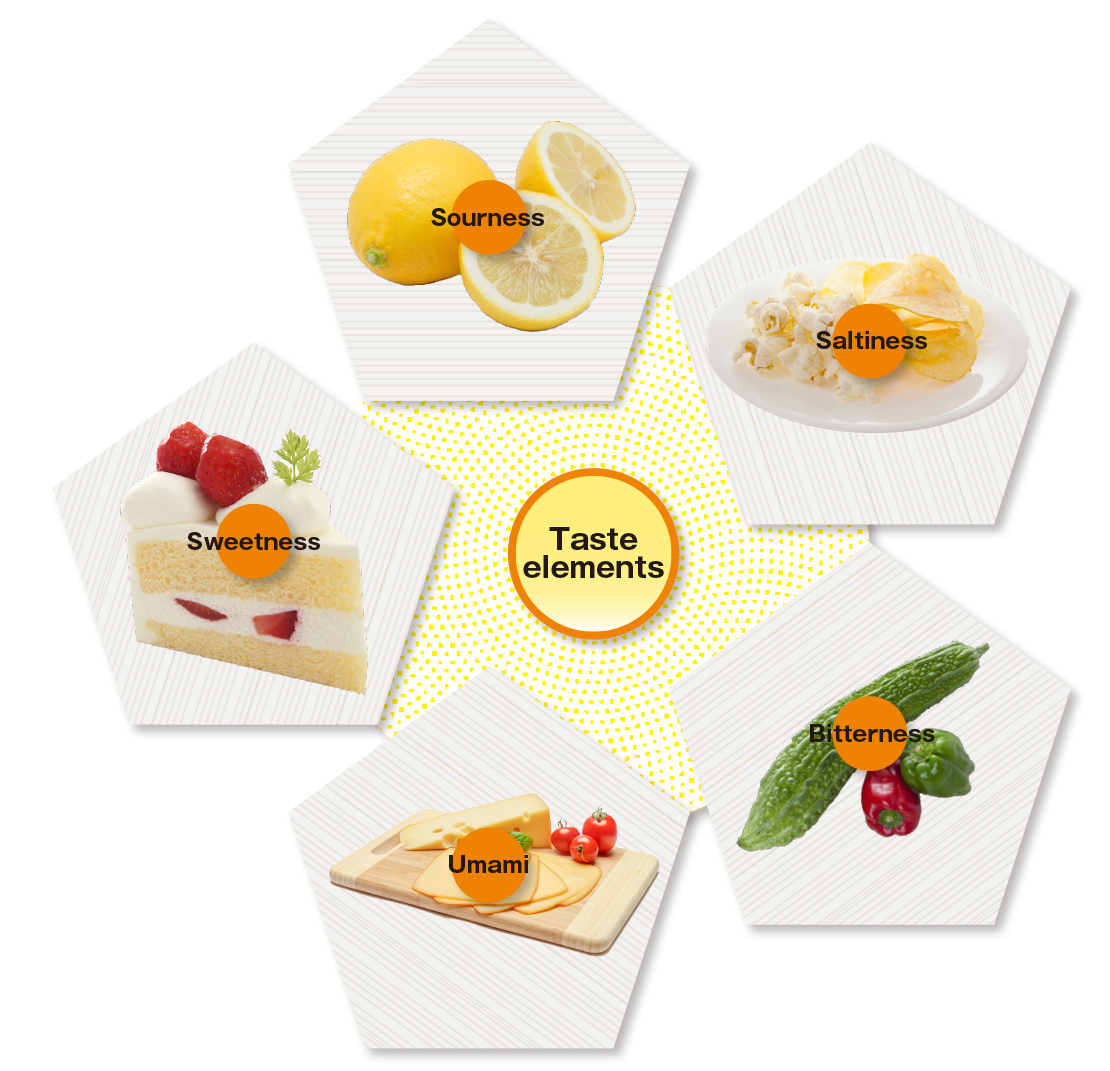 ❸――Taste Memory Test
The subject first eats a piece of yellow peach and memorizes the taste. He or she then eats three kinds of peach (one kind of yellow peach, two kinds of white peach) and is asked to guess which was the same as the first yellow peach.

“When we do this test in cooking schools, the average score is high, but there are also some chefs who have weak taste powers.”

The “Taste Check Chocolate” was developed by the Japan Taste Association in response to the demand of people who had taken the taste diagnosis but wanted to try it for themselves. By comparing chocolate pralines that contain taste ingredients, you can judge your own taste powers.

“We produced three types of test chocolates for different levels of difficulty. At the Easy level, the task is simply to tell which of the chocolates is bitter. About 70% of people get the correct answer. The Normal level consists of determining the five taste elements (sweetness, saltiness, sourness, bitterness, umami); this is more difficult and only 10% get it right. The Hard level has a correct answer rate of merely 1%, but if you have cleared the Normal level, you should definitely give it a try!”

Taste is also intimately tied up with food culture, and is hugely affected by where you grew up.

“For example, people who are not used to eating fermented foods will often think that many fermented products are rotten. But many cultures over humankind’s long history have found them delicious. If foreigners dislike foodstuffs that are familiar to the Japanese, it doesn’t mean that those foreigners have a weird sense of taste. Conversely, there is no need to think that the Japanese sense of taste is strange either.”

Mizuno believes that getting more people interested in taste is a way of protecting Japan’s rich food culture.

“I want people to evaluate restaurants according to how delicious people who have eaten there judge the food to be, and not according to how popular the place is on some internet ranking site. If the customers are indifferent to the taste of the food, the level of the cooking may well go down as well. If on the other hand there are many customers who can evaluate taste properly, Japan’s food culture is sure to develop further.”

If enough people at least had the capability to sense that the taste is off, shops that repackage expired foodstuffs would soon vanish. And it surely adds to the pleasures of the dining table if your partner notices and can identify the secret ingredient that you have added to a familiar dish. 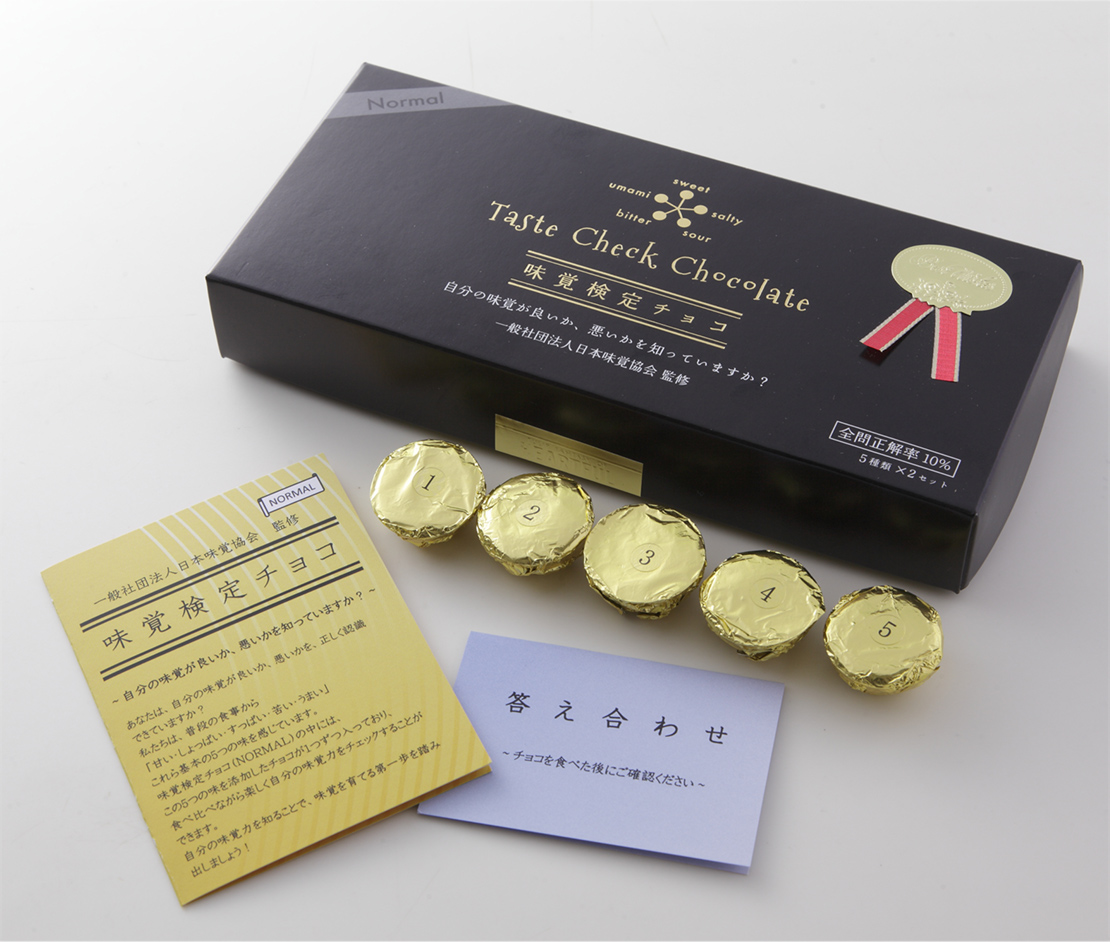