Tran Ngoc Phuc is the founder of a medical equipment manufacturer who has developed a high-frequency oscillation (HFO) type ventilator that has saved the lives of many premature infants without leaving disabilities. When he himself was diagnosed with sleep apnea syndrome (SAS) he had doubts about the treatment he received, and set out to develop a device that would let him sleep comfortably. Diseases are painful, and for that very reason medical equipment should be more patient-friendly.

The treatment made him constantly sleepy.

With CPAP, air blown in through a mask over the nose widens the respiratory tract and prevents respiration from stopping when sleeping.

Phuc kept up the CPAP treatment and put the mask over his nose every night, but was bothered by severe drowsiness during the day. The doctor told him that “You are breathing properly, and the apnea states are close to zero.” “But doctor, I can hardly keep awake,” Phuc complained, but the doctor insisted that since his breathing wasn’t stopping he should be sleeping perfectly fine.

The CPAP device was by a reliable Western manufacturer. So what could be the cause of his sleepiness?

Unconvinced by the doctor’s explanation, Phuc started investigating the literature on respiration. 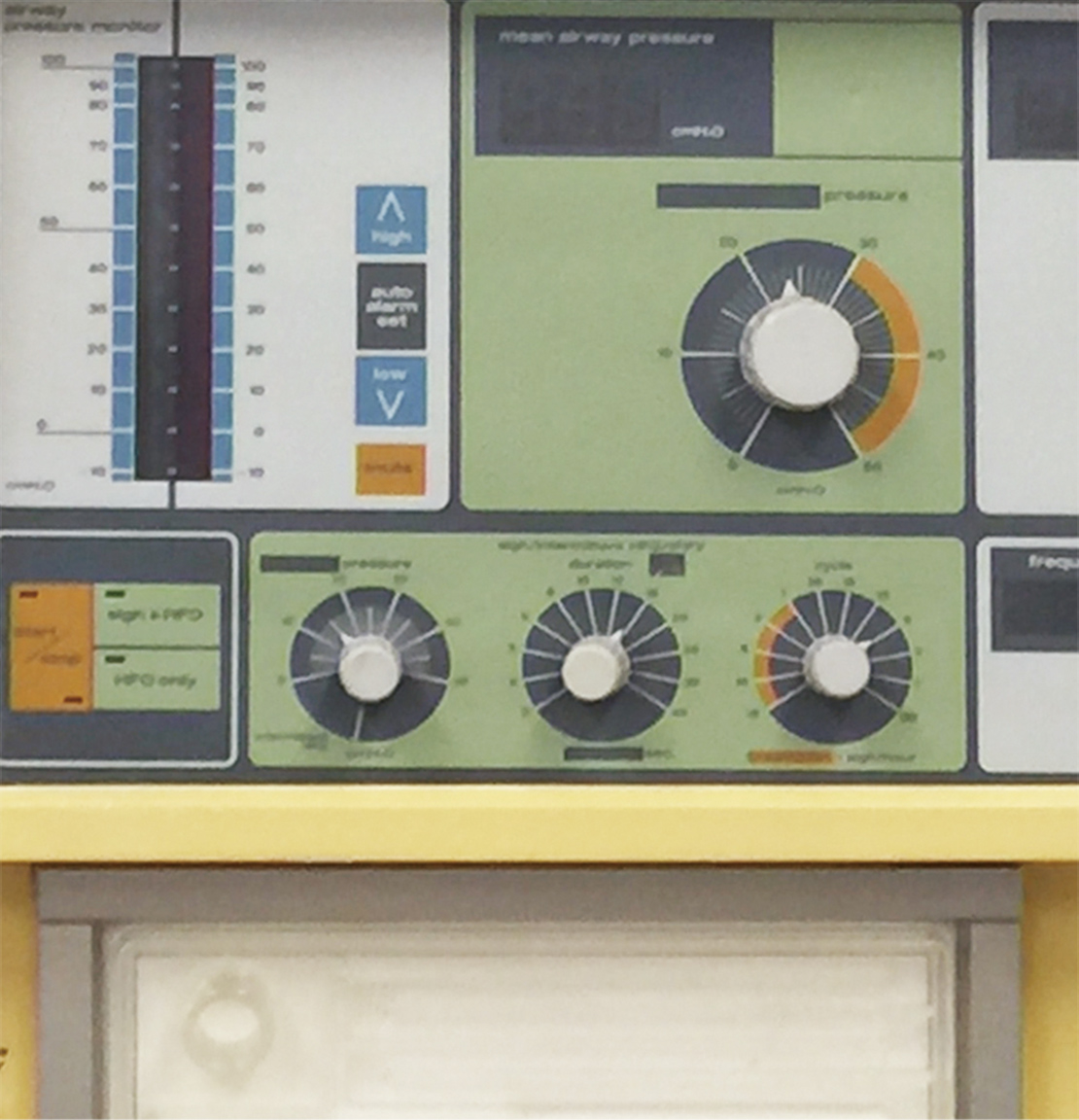 A ventilator that saves premature babies

Phuc came to Japan in 1968 as a student from what was then South Vietnam. After graduating from a Japanese university, he became a trainee at a medical equipment manufacturer.

However, after the fall of Saigon in April 1975, he no longer had any home country to return to. While most Vietnamese overseas students moved to the United States, Phuc decided to stay in Japan and became an employee of the medical equipment manufacturer that had previously accepted him as trainee.

After working for them for 10 years, Phuc began thinking of starting his own company. He decided to develop ventilators, an area that Japanese manufacturers had still not entered back then. He read books and papers about respiration and deepened his knowledge.

“One time, I went to ask a university professor some questions, but he had misunderstood and thought a ventilator specialist was coming, so I was the one being asked questions instead.”

In 1984, Phuc established Metran and began developing a high-frequency oscillation (HFO) type ventilator. Most ventilators are of the so-called positive pressure type, and are mechanisms that force air into the patient’s lungs.

“The chest of a patient with a ventilator naturally moves up and down, and it certainly looks as if they are breathing normally, but the mechanism is the complete opposite of natural respiration, where the pectoral muscles spread causing the lungs to expand. This creates a negative pressure and air enters naturally. Natural respiration puts no burden on the lungs whatsoever, but positive pressure type ventilators put a huge burden on the lungs.”

This is particularly problematic when used for premature babies, whose lung functions are not yet fully developed. Even if the child’s life was saved, the alveoli were damaged, which sometimes caused lasting disabilities. The HFO method developed at Metran, on the other hand, uses high-frequency pressure oscillations to send low-pressure oxygen to the lungs.

Metran succeeded in developing its first HFO type ventilator and named it “Hummingbird.” It was entered in a competition for HFO ventilators sponsored by the American National Institutes of Health (NIH) and won the first prize, above the products from Western manufacturers.

By now, Metran’s ventilators are widespread in the field of neonatal medicine in Japan.

Suffering from strong bouts of sleepiness while undergoing treatment for SAS, Phuc found a paper on the relationship between body temperature and the brain during sleep.

“Apparently the brain is unable to rest sufficiently unless our deep body temperature drops by 0.6—0.7 degrees while we sleep. In order to prevent dryness of the airways when sending air through the nose, the CPAP equipment is always sending air warmed by a heater to the lungs. But since the temperature and humidity are kept constant throughout the night, the deep body temperature never drops, and as a result my brain couldn’t rest properly, it seems.”

Phuc’s doctor was also convinced by this explanation. The idea to treat SAS by preventing apnea was not wrong, but nobody had thought to take sleep quality into consideration as well. Therefore, Phuc developed the SAS treatment device JPAP at his own company.

“Comfortable sleep is enormously important for people. During the development of JPAP, I tried it myself many times in order to create a convincing product. Now I sleep soundly thanks to JPAP.”

At first glance, both ventilators and CPAP are devices that support patients’ respiration, but in actual fact they sometimes put unexpected heavy burdens on the patients. It is important to notice this, and think about what could be done to help patients who are really suffering, Phuc says.

“One of our staff who tried using JPAP said his wife was the most pleased. Why? Because her husband had stopped snoring, so she could sleep soundly!” 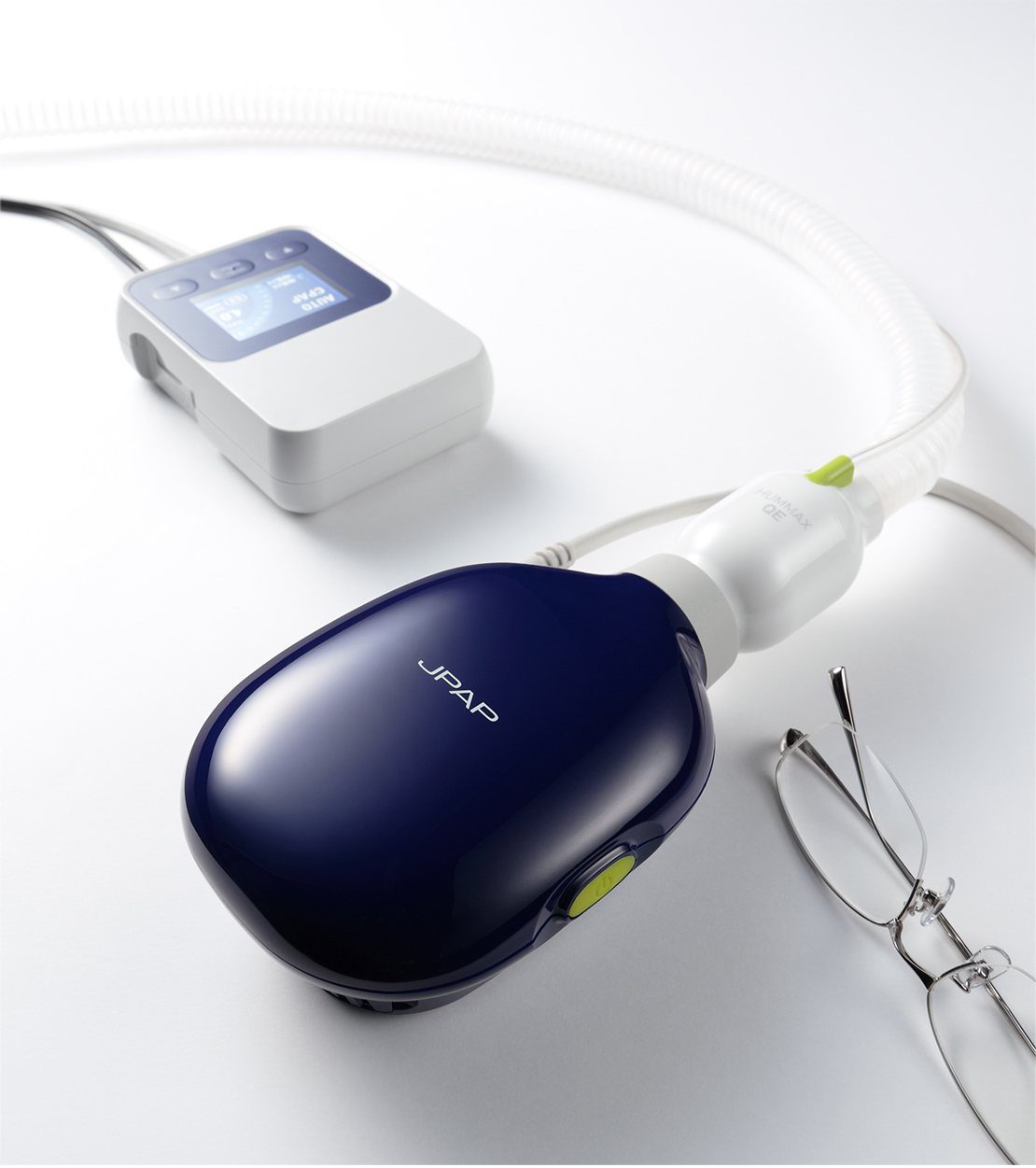